Pop Goes The News – The New York Post is refusing to say why it published false information about Snoop Dogg on its website on Thursday.

The tabloid posted a story with the headline “Snoop Dogg makes hip-hop lullaby album for babies” in which writer Natalie O’Neill claims the rapper has released “an album for infants.”

O’Neill also reported that Snoop “made the album with Rockabye Baby! Music, which has partnered with tough-guy rappers such as Eminem and Kanye West in the past to make tunes for tots.”

In fact, Snoop Dogg has no involvement in the lullaby album and Rockabye Baby! has never partnered with Eminem or Kanye West. 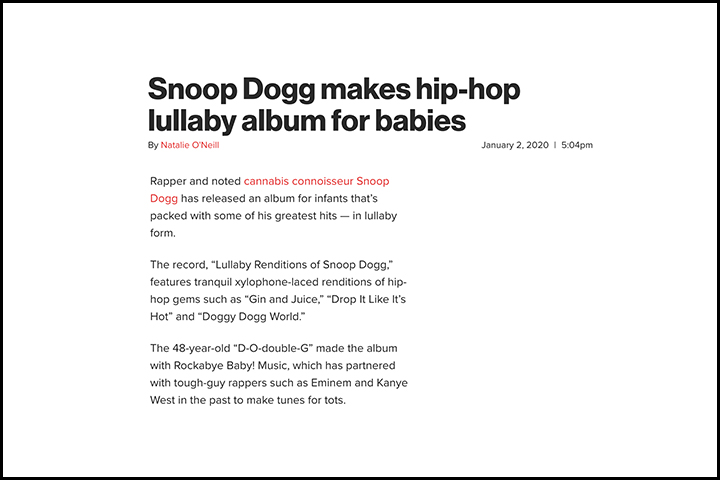 Reports of Snoop’s involvement in the lullaby album were debunked back in November, so it is not clear why the New York Post reported that the rap star was involved or why it waited until Jan. 2 to post a story.