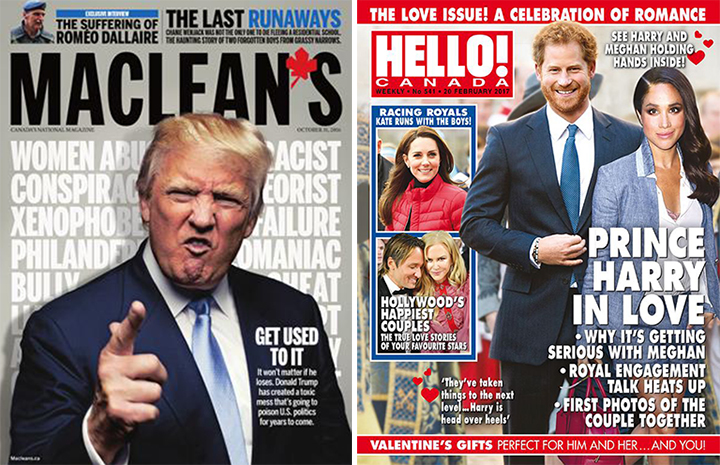 Pop Goes The News – Some well-known magazine titles in Canada have been put up for sale.

The company said the magazines earned $21.5 million in advertising revenues last year, as well as $16.5 million from print sales and about $600,000 from digital sales.

Rogers wants one buyer for all eight magazines, according to The Globe and Mail.

The company has been cutting costs in its publishing division for several years, including laying off dozens of employees.

Maclean’s went from a weekly press run to monthly in January 2017 (although it offers a weekly digital edition). Chatelaine and Today’s Parent switched from being monthly magazines to only six issues per year.

Flare, Canadian Business, and MoneySense ceased their print editions at the end of 2016 but are available online.

Only Hello! Canada has remained a weekly, and in print – likely due to contractual obligations with the brand’s Madrid-based parent company.