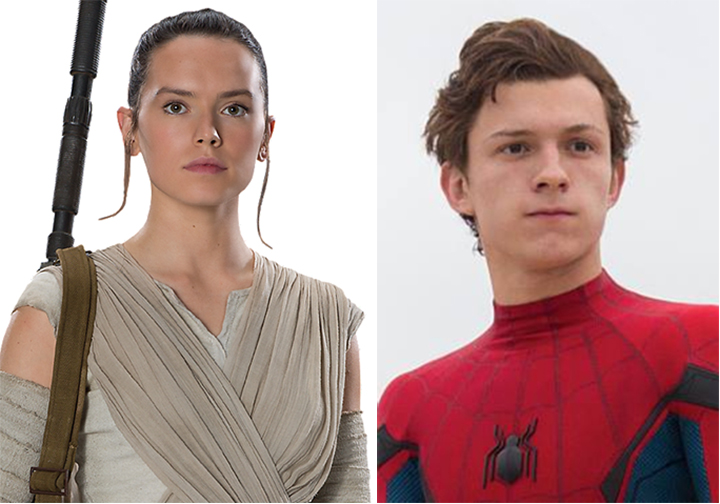 Daisy Ridley of Star Wars: The Force Awakens and Tom Holland of Spider-Man: Homecoming will shoot the sci-fi movie Chaos Walking in the city in August.

The film is being directed by Doug Liman (The Bourne Identity), who made 2008’s Jumper in Toronto and is an executive producer of the Toronto-shot series Suits.

Chaos Walking is based on a trilogy of novels by Patrick Ness published between 2008 and 2010. Charlie Kaufman (Confessions of a Dangerous Mind) and John Lee Hancock (Snow White and the Huntsman) wrote the screenplay.

The movie follows Todd Hewitt (Holland) in Prentisstown on the planet New World — which is populated only by men following a war with the indigenous Spackle. He discovers a woman named Viola Eade (Ridley) who crash-landed on the planet.

The two set out to warn incoming settlers about a plan hatched by Mayor Prentiss.

Holland, 21, takes over the role of Peter Parker in the new Spider-Man movie, which opens on July 7. The former star of London’s Billy Elliot musical made a splash doing Rihanna’s “Umbrella” on Lip Sync Battle.