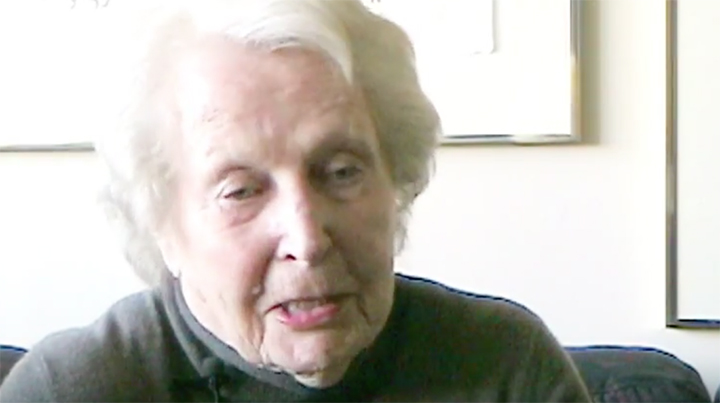 Pop Goes The News — Joan Chalmers, described Monday by Canada Council as “an indefatigable champion of the arts” died on Dec. 2. She was 88.

Born Margaret Joan to renowned philanthropists Floyd and Jean Chalmers, she co-founded the Ontario Crafts Council and the Canadian Crafts Council in the ‘70s and gave her time and money to organizations like Toronto’s Harbourfront Centre and the Young People’s Theatre.

Chalmers also served on the boards of the Ontario Arts Council Foundation and the Stratford Festival.

She co-founded the annual Chalmers Awards, which provides $25,000 to artists in the fields of theatre, dance, film, music, and the visual arts.

Claire Hopkinson, director and CEO of the Toronto Arts Council and Toronto Arts Foundation tweeted: “Her generosity had a transformative impact on many, including myself.”

John McKellar, chair of the Ontario Cultural Attractions Fund, said in a statement: “Joan was a trailblazer in every sense of the word and we were honoured to have been able to work with her on OCAF in its early years. We will miss her wit, wisdom and generosity very much.”

Chalmers was made a Member of the Order of Canada in 1987, promoted to Officer in 1992, and made a Companion in 1997. She also received the Order of Ontario in 1994 and was recognized for her contributions to the arts with a Governor General’s Award in 2001.

In 1994, Chalmers co-curated Survivors, In Search of a Voice: The Art of Courage, a traveling exhibit featuring artwork by 24 prominent Canadian women to raise awareness about breast cancer.

“I never tire of the work,” Chalmers once said. “And like my parents before me, I will continue to serve the arts and artists of this country, for as long as they will have me. It’s in my blood.”

Chalmers, who suffered a stroke in 1995, is survived by her longtime companion, singer-songwriter and filmmaker Barbra Amesbury (formerly Bill Amesbury).

She was predeceased by her parents and older brother Wallace.

A private burial is set for Mount Pleasant Cemetery but there are plans for a celebration of her life.

An obituary reads: “In her honour, support an artist, fashion a work of art, sponsor a project, commission a composer, make a donation, join an arts board, dedicate a performance, lend your personal energy to a creative endeavour, make a difference for those who creatively reflect and enhance this great nation.”