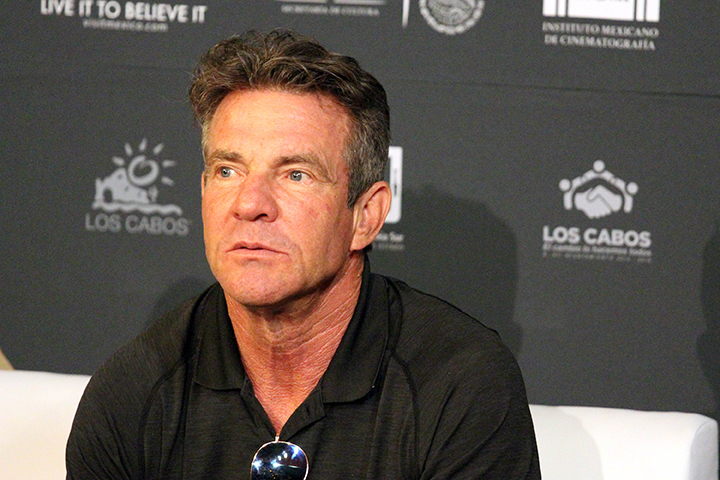 The 62-year-old actor, attending the Los Cabos International Film Festival, said there are eerie similarities between his character on the Crackle series The Art of More and Trump.

“When I took the part, it was a billionaire from New York who was a real estate tycoon who had a penchant for politics,” Quaid said of his character, Samuel Brukner.

On the series, Brukner decides to make a run for governor of New York.

“We were shooting for three months and then Trump announced that he was running for president,” Quaid recalled, “and I’m hearing my dialogue come out of his mouth.

“It was really quite something. I was crass, too.”

Perhaps Trump was getting revenge for the show having a title similar to that of his 1987 bestseller The Art of the Deal?

(Like most of the products bearing Trump’s name, The Art of More is outsourced to a foreign country — it’s filmed in Montreal.)

Quaid said life imitating art was “a laugh” at first. “And then look what happened. Who knew?”

On The Art of More, Brukner’s run for governor was unsuccessful.

“So life did not imitate art.”