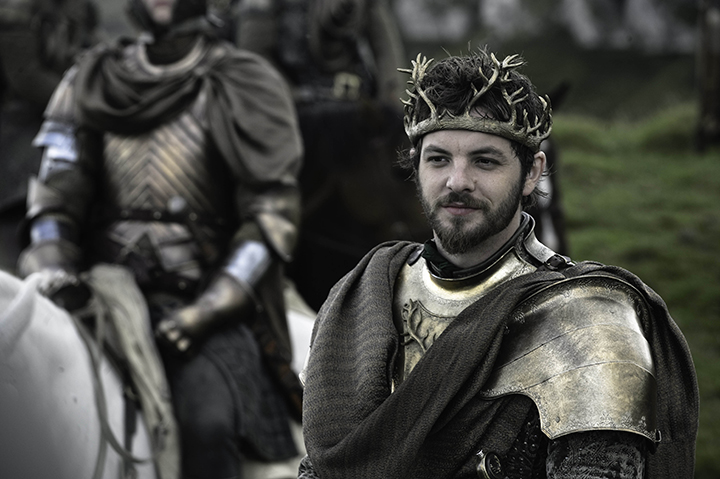 Pop Goes The News — Former Game of Thrones star Gethin Anthony traded his armour and crown for some leather and chains this week in Toronto.

The 32-year-old actor, who played Renly Baratheon in the first two seasons of the popular HBO series, was spotted at Northbound Leather picking up a leather tank top and chainmail.

Antony will be wearing the items in Kodachrome, a film currently shooting in and around Toronto and starring Elizabeth Olsen and Jason Sudeikis.

Directed by Mark Raso, the movie is based on a 2010 New York Times article about a father and son who take a road trip to Kansas to develop photos at a Kodak Kodachrome lab that’s about to shut down.

Ed Harris and Dennis Haysbert are also in the cast, along with Canadian actors Bruce Greenwood, Wendy Crewson and Amanda Brugel.

Cameras are scheduled to roll until Oct. 1.

On Instagram, Anthony has been sharing photos of his time in Ontario — including snaps of the Toronto skyline and the majestic Niagara Falls.

In the four years since Anthony appeared on GOT he has starred in Raso’s film Copenhagen and portrayed Charles Manson in the NBC series Aquarius.

He’s the latest GOT star to work in Canada this season. Kit Harington (who plays Jon Snow) spent weeks in Montreal shooting scenes for The Death and Life of John F. Donovan and Nikolaj Coster-Waldau (Jaime Lannister) was in the city making Small Crimes.