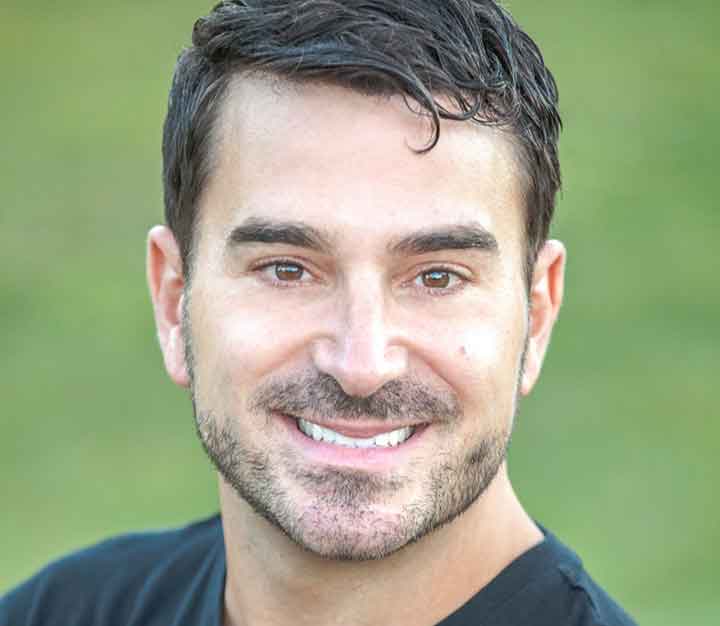 Pop Goes The News —  Just For Laughs, considered the largest comedy festival in the world, once again brought a broad and diverse collection of performers to Montreal.

The festival, which wraps up this weekend, has grown significantly in the last three decades and has adapted to changing times.

Notably missing from this year’s line-up of stand-up sets is the kind of homophobic material that once infected the macho, oft-misogynist world of comedy.

Society has evolved since Eddie Murphy and Andrew Dice Clay got big laughs with jokes about “faggots” and AIDS, so straight comics either avoid gay jokes altogether or tell them in a way that isn’t disparaging.

In fact, presumably straight comics are talking in positive ways about same-sex marriage (i.e. Greg Proops in his podcast at JFL), equality (i.e. Brad Williams in his set at The Nasty Show), or the attractiveness of Canada’s prime minister (i.e. Adam Hills at a JFL gala).

Mike Ward gets laughs when he says he loves lesbians because he looks like one. And when Jim Norton makes gay jokes, they’re funny and not mean-spirited.

Below: Tweets from some of the comics at this year’s JFL

Being against gay marriage in 2015 is the same thing as being a gross village person in 1615 yelling "BURN HER!" at a smart lady.

Gay marriage is now legal! Sooooo….@JohnStamos, you busy this weekend?

Will the Tories vote for gay marriage? Not likely. Things are always more fun when they're illegal.

'Nobody is born gay!' Said the religious person who was not born religious.

Gay Hairdresser: what'll it be sweety?
Me: a haircut? But don't make me look like a lesbian.
Him: I don't think that's the hair honey…

Gay, Lesbian, Bisexual, Transgender, Black, Brown, Jewish, Christian, We're all Americans. You will not terrorize us.

At the Showstopper Gala on July 28, host Nathan Lane got a round of applause for mentioning he married his longtime partner Devlin Elliott last year.

The 60-year-old star of stage and screen also recalled how former prime minister Pierre Trudeau, making the case for the decriminalization of homosexual acts in 1967, famously said “there’s no place for the state in the bedrooms of the nation.”

Lane then said current prime minister Justin Trudeau is welcome “in any bedroom.”

He opened the show with a song titled “Canada, You’re Gay” in which he rhymed off all the reasons to love our “homo native land” — where the “only straight thing is the Saskatchewan border.” To wit, there’s a queen on our currency; our longest highway has been Trans (Canada) for years; and the red-and-white on our flag make pink.

Lane’s song also noted that Canada is a top that penetrates the U.S. with its peninsula “right in the Detroit” — America’s “butthole”.

Openly gay British comedian Alan Carr played his flamboyance for laughs, joking about needing to be more “manly” and telling stories about visiting countries where homosexuality is illegal.

MORE: Alan Carr ready to yap it up at Just For Laughs

Canada is so LGBT positive they call it "Les Simpsons."

DJ Demers, who keeps audiences guessing about his sexuality, was part of the JFL line-up.

(There are also a handful of notably closeted comics at JFL this year. One veteran performer — well known to be gay — declined an interview request for this story.)

JFL’s The Nasty Show — where no subject is taboo — for the first time featured an openly-gay comic.

Thomas Dale (pictured at top of story) got big laughs from predominantly male audiences with jokes about gay sex acts.

“Some of my biggest fans are straight men,” Dale told Pop Goes The News. “They love it.

“People are just more comfortable with themselves. Also, the stigma of being gay is being lifted.”

What sets Dale apart from most gay male performers is that he’s not flamboyant or campy. He comes across as someone more likely to hang out at a sports bar than a cabaret.

“A lot of straight guys come up to me and they’re like, ‘You’re like my nephew,’ or best friend, or son or brother. I’m a relatable guy so that’s what different,” he explained.

Dale said he never considered not being his true self on stage.

“If my straight peers are able to talk about what they do, I’m going to talk about me,” he said. “It just started to develop into being really honest — and honesty, for me, in stand-up comedy is the most important thing.

“I couldn’t even imagine myself on stage lying and hiding.”

His honesty gets mixed reactions. “There have been times I’ve had people walk out but I’ve also had real blue collar guys in Montana hug me and thank me for it,” said Dale. “I focus on those people. The ones that are walking out — they’re just scared.”

Finding acceptance in the community of stand-up comics didn’t come easily, either.

“I’ve always had to be better than everyone else,” said Dale. “I’ll just get on stage and be really funny and show you that you need me here because I’m not just different — I’m funny.

“Straight people used to say ‘oh, you’re so lucky you’re gay so you have a thing to talk about.’ I’m like, ‘oh really, so everything that you’re talking about is a thing?’ I’ve always been fighting the double standard.”

MORE: Ralphie May gets serious about life, death (and Trump)

Dale added: “People always try to trivialize it — in the beginning I think they did — but I’m way too funny and way too talented for them to do that so I just keep pushing through and showing them what’s up.”

He’s also not interested in taking gay material out of his act.

Acknowledging the macho culture that remains in stand-up, Dale admitted he often feels alone. But it’s a feeling he knows well.