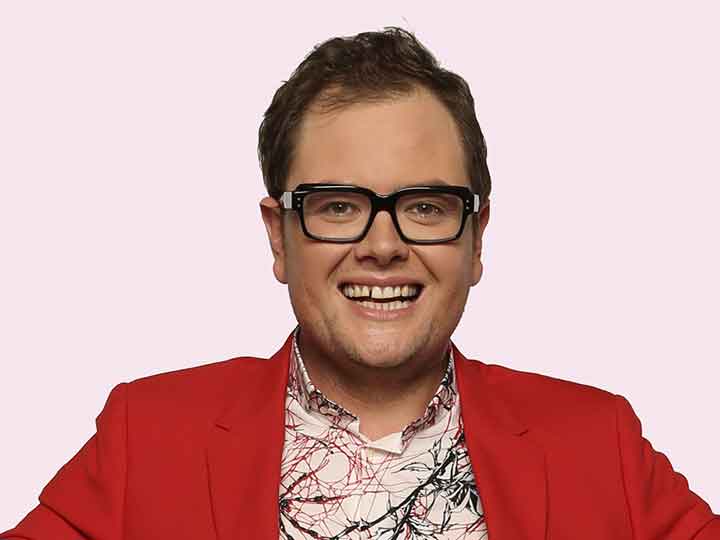 Pop Goes The News — If you’re one of the hundreds of fans going to see Alan Carr perform at Montréal’s Just For Laughs festival this month, you may want to leave your mobile device in your pocket.

The 40-year-old British comedian and TV host wants his audience to live every moment of his hilarious show, Yap Yap Yap.

“I feel people miss the point of a live experience,” Carr told Pop Goes The News. “Is it too much to turn your phone off for one whole hour? Relax, enjoy yourself, have a laugh.”

Carr is performing Yap Yap Yap at the intimate 128-seat Salle Claude-Léveillée at Place des Arts from July 25 to 30.

He understands the addiction to sharing everything on social media but also respects his audiences.

“I do wish people wouldn’t try and film the show or put all my punchlines on the internet — not because I am a power crazy megalomaniac but simply because it spoils the enjoyment for the audience that is coming the next night,” Carr explains.

“It would be nice to think that something as pure and intimate as stand-up comedy could remain untouchable but, sadly, one person surreptitiously periscoping your show live onto the internet and — boom – six months of hard work, gone like that.”

Carr remembers calling out a woman who was on her phone during one of his shows.

“I asked her what she was doing. ’Tweeting you’ came the reply. ‘But I’m here,’ I said, ‘You can talk to me in the flesh LIVE.’

“She just looked blankly – my face wasn’t an emoji so it probably didn’t mean anything to her.”

A big star in his homeland, Carr is known on this side of the pond mostly for his talk show Alan Carr: Chatty Man (it airs in Canada on OutTV).

When a fresh-faced Canadian singer named Justin Bieber first appeared in Season 3, Carr warned him about heading towards a public meltdown.

“I’m worried,” he told Bieber. “I don’t want to see you in a few years time shaving your hair off, hitting a car with an umbrella, going coo-coo.”

“I like him,” Carr says. “He sort of had this reputation that he was rude and obnoxious but when we had him on Chatty Man he was a delight, on time and a lot of fun.”

During his most recent appearance, Bieber showed he’s game for pretty much anything.

“I tried to break the Guiness World Record for running in high heels (don’t ask!) and was told not to ask him to wear the heels, which we obviously agreed to,” Carr recalls.

“When he saw me running in the heels, Justin said ‘Give them here – I want a go’ and ran around the studio in bright red stilettos to a huge cheer from the audience. A great sport and a great guest.”

Carr is also fond of Rihanna, whom he describes as “the perfect guest.”

He explains: “She’s A-list, sexy, fun and, more importantly, doesn’t have a list as long as her arm of things that you can’t talk about.”

His dream guest? “I would love to have a royal on, maybe Prince Harry,” says Carr. “Now that would be a lot of fun.”

Ahead of his run at Just For Laughs — which will also attract names like Sarah Silverman, Julia Louis-Dreyfus, Kevin Hart, Carrie Fisher and Jeff Goldblum — Carr took a few moments to chat with Pop Goes The News.

You toured for some time with Yap Yap Yap. Is it still fun for you to do? How do you keep it fresh?

Yes, I’ve been doing it for ages and I did what I thought was my last show at Hammersmith Apollo in December last year. Then I got asked to do Yap Yap Yap in Scandinavia and then I got asked to do it in Australia and New Zealand and now Montreal – so the show just won’t die. I feel like Cher with her farewell tours. But I’m always mixing it up, adding new bits here and there, so it sort of keeps me on my toes. But, I promise after this I will piss off! 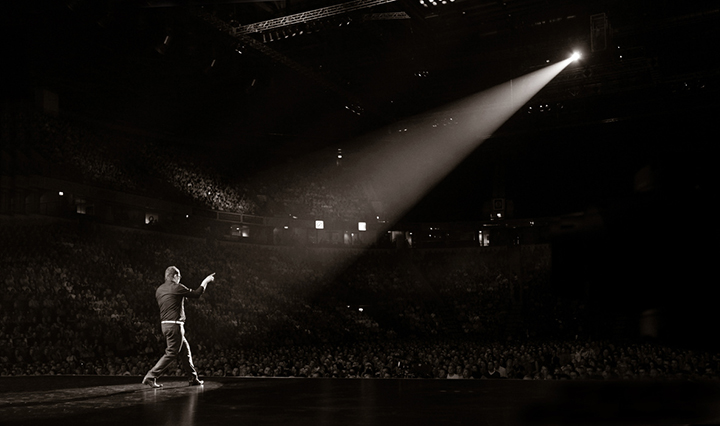 The name of your show backwards is “Pay Pay Pay.” Coincidence?

No, it is deliberate and when you listen to the punchlines backwards I’m actually asking you to join me in satanic worship.

Your roots are in stand-up. How does it feel to be back out on a stage with nothing but a microphone?

I love Chatty Man but there are a lot of politics with chat shows and indeed with television so sometimes it’s quite liberating to get on stage with just you and a microphone and get that instant interaction. And, of course, when you come off stage you get the buzz right there and then rather than when it comes on the telly. But then, sometimes the canned laughter you get with television could come in handy!

Will you be adding any Canadian content to your show?

It depends. I performed the show in the Arctic Circle earlier this year and they asked if I was going to do any Arctic Circle material but if you haven’t been there before its hard to come up with specific content without being insultingly stereotypical. “Ooh, I had a fling with an eskimo – let’s just say what happens in an igloo stays in the igloo”  might look a bit fake. But, hey, if something completely hysterical and Canadian happens when I’m in Montreal then I will stick it in.

Are you only coming to Canada because we have a hot prime minister?

Do you use a festival like Just For Laughs to meet other comics and to see other shows?

Yes, well, I’ve come all this way so I think I should at least come out of my hotel room at some point.

Poutine is a Montreal delicacy consisting of french fries and cheese curds smothered in gravy. Discuss.

How can I discuss when I have a mouth full of vomit!! Only joking – it sounds delicious. Mmm… can’t wait to try it.

I believe that people everywhere laugh at the same things. Has that been your experience or do you notice differences in audiences?

I agree with you. People laugh at the same thing all over the world, which I think in the current climate, with the world being so grim at the moment, we should embrace and rejoice. But it is your job as a comedian to check the references and brand names simply as a common courtesy to your audience. There is nothing worse then seeing a comedian bang on about a country’s specific politicians or a shitty neighbourhood that you’ve never heard of before – it can look incredibly lazy.

Do you believe there is anything that is off-limits in comedy? Are you allowed to poke fun at anything/anyone and are we allowed to laugh?

I personally steer clear of alienating my audience – I guess I’m quite old school like that. I just want everyone to have a good time. I would rather have laughs than gasps. I personally don’t like jokes about cancer or rape but in saying that I don’t believe in censorship. In the end comedians get the audience they deserve.

Why are you not following me on Twitter? Boy George does.

Because I hate you.

I’ve never asked a straight comedian what it’s like being straight so I won’t ask you about being gay. On a scale of 1 to 10, how pleased are you?

Who told you I was gay?!