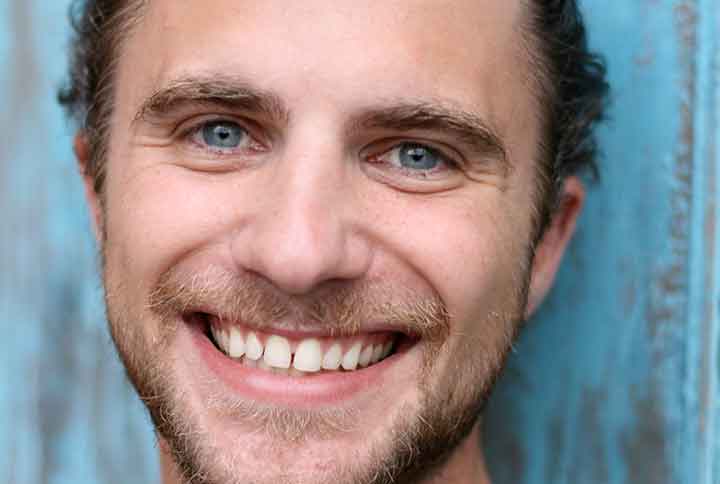 Pop Goes The News — Canadian comedian DJ Demers got enough laughs from the judges of America’s Got Talent on Tuesday night’s episode to advance to the next stage of competition.

The 30-year-old Toronto comic earned a “yes” from Simon Cowell, Mel B, Heidi Klum, and Howie Mandel after cracking jokes about his hearing loss and sexuality.

“I wear hearing aids, I’m from Canada,” Demers told the audience before his set. “Two disabilities.”

In a taped package, Demers played down his experience on the Canadian comedy scene. “I’ve been going to open mic nights,” said the seven-year stand-up veteran.

Demers, who performed on Conan in 2014, was a finalist in NBC’s Stand-Up for Diversity — an initiative that brings comedians together with key NBC insiders — in 2011.

In Canada, he won the Homegrown Comics competition at Montreal’s Just For Laughs festival in 2014 and was featured at JFL42 in Toronto. Last year, Demers won Best Breakout Artist at the Canadian Comedy Awards.

Demers, 30, told AGT viewers he has always wanted to be a comedian but he knew there would be challenges because of his “profound hearing loss.”

He recalled: “Comedy and making my friends laugh was probably a way for me to connect with people and be something other than a boy with hearing aids.”

During his AGT set, Demers joked about breaking up with his “partner” and then acknowledged that using the gender-neutral term causes people to wonder about his sexual orientation.

“Me and my girlfriend broke up, to clear up that mystery,” he said. Then, “because I realized I was gay.”

Mel B asked Demers if he was, in fact, gay — but she didn’t get a straight (so to speak) answer.

Mandel, a native of Toronto, called Demers his favourite comedian “up to now” this season. (For viewers at home, it was an odd comment given that it was the second episode and only one other comedian has been featured thus far.)

“You are far beyond your years in your ability and in your comfort level,” Mandel opined.

Deaf actress Marlee Matlin tweeted support for Demers. “Good job! You proved again that we can do ANYTHING!,” she wrote.

Demers performs June 9-11 in Calgary, June 16 in Toronto, June 23-25 in Montreal, Aug. 16-21 in Vancouver, and Sept. 9 and 10 in Victoria. He will also tape a comedy special in Toronto on June 22 and entertain Canadian troops in Alert, Nunavut on Canada Day.

During the 8th season of AGT in 2013, veteran Canadian stand-up comic John Wing made it to the semi-finals.

Season 2 winner Terry Fater went on to sign a multi-million-dollar deal for a Las Vegas residency but other AGT winners have been far less successful.

Last season’s winner was British ventriloquist Paul Zerdin, who is currently performing at the Planet Hollywood Resort and Casino in Las Vegas.

BELOW: Watch DJ Demers on America’s Got Talent