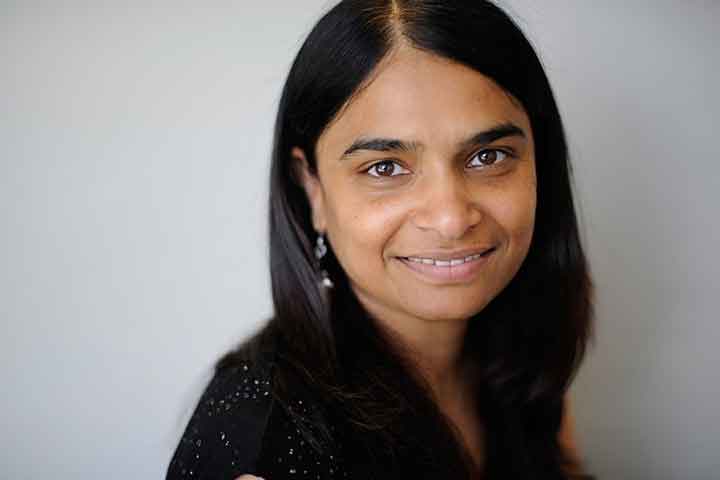 UPDATE: The Star‘s public editor Kathy English wrote about Raveena Aulakh’s suicide and the aftermath in a post late Tuesday. “I have never seen anything like the level of grief and anger exploding here,” she wrote.

Pop Goes The News — Tongues are wagging at the Toronto Star following the sudden death of one of its journalists and the departure of two of its senior editors.

At the centre of the story is environmental reporter Raveena Aulakh, who reportedly took her own life in late May.

According to sources, Aulakh was despondent about the end of her relationship with an editor at The Star after she allegedly discovered that the man — who is married — was also involved with one of her editors.

Ottawa-based Frank, which reported last week on the gossip from inside The Star, described Aulakh as “heartbroken” and “unable to manage the betrayal.” A follow-up report said her death sent shockwaves through the company “and exposed a gormless corruption that reaches the highest levels of Star management.”

On Monday, Star columnist Heather Mallick — who last week described Aulakh as “wonderful” in a tweet — called the situation “surreal” and tweeted “we have been in a state of grief since May 28.”

UPDATE: The Star reported late Tuesday that the union representing newsroom employees has requested an independent investigation. “The newsroom is heartbroken and angry,” read a letter from Unifor. “Workplace health and safety is at stake.”

As the rumours swirled, The Star announced that senior editors Jon Filson and Jane Davenport are gone.

Filson, assistant managing editor of The Star‘s tablet operation, had several editorial positions at The Star in the last 16 years.

Star spokesperson Bob Hepburn confirmed to the Financial Post last Friday that Filson is no longer employed at the company but did not give a reason.

On Monday, The Star‘s editor-in-chief Michael Cooke informed his newsroom via email that managing editor Jane Davenport has been transferred “to a new role outside the newsroom and within Torstar, effective immediately,” at her request.

“I shall miss being alongside her intelligence, enthusiasm, energy and her extraordinary work ethic,” Cooke wrote.

No additional details were provided.

Davenport was named managing editor in 2012 but previously served as the paper’s deputy national editor and news editor.

She has not tweeted since May 27.

Neither Filson or Davenport could be reached for comment.

Adding fuel to the story, The Star did not publish an obituary for Aulakh, whose author page and contact information remains (as of June 6) on the newspaper’s website.

UPDATE: In a story posted late Tuesday, The Star‘s public editor Kathy English said Aulakh did not want an obit.

Toronto Sun columnist Joe Warmington, who has said he will write an obit for Aulakh if the Star does not, has publicly criticized the paper’s handling of the situation.

Rip Raveena Aulakh — NNA award winning reporter for Toronto Star.You r not invisible. Like you, your friends know how to expose cover ups

In a 2012 column, The Star‘s public editor Kathy English explained the newspaper’s policy is not to report on suicides “unless there is some overriding public interest in doing so.”

She added: “Suicide is a difficult subject but how does hiding from it serve anyone? On balance, there is often greater good in seeking and reporting the truth.”

One of Aulakh’s last tweets, posted on May 13, was a quote from Mark Wahlberg’s character in 2006’s The Departed. “Maybe. Maybe not. Maybe fuck yourself,” it reads. Aulakh added: “Could easily apply to others, & much more.”

That same day, she tweeted a recommendation for Toronto doctor David Verrilli, who works part-time at the Centre for Addiction and Mental Health.

In February, Aulakh tweeted: “What a shitty, shitty year already.”

What a shitty, shitty year already.

Aulakh joined The Star in 2008, only a year after earning her Masters degree in journalism at Western University in London, Ont.

Prior to coming to Canada in 2006, Aulakh studied journalism at Panjab University in Chandigarh and worked at the Indian Express and The Hindustan Times.

Aulakh earned acclaim in 2014 for her report on going undercover to work in a garment factory in Bangladesh.

The world has lost a remarkable journalist. I lost my friend.

Miss you @RaveenaAulakh, “Life is here, life is now, live it well.”

Profoundly saddened 2 learn @TorontoStar reporter @RaveenaAulakh passed away. U will b remembered 4ever 4 ur thoughtful articles. #sorrow

So devastated to hear my colleague @RaveenaAulakh from both @TheSpec + @TorontoStar is gone. She was a brave woman, friend and journalist ❤

Devastated to learn that @RaveenaAulakh is gone. When white editors at the Star called me your name I was honoured. You were a force.

Only days before she died, Aulakh tweeted a link to a story she wrote for The Star in 2012 about losing her beloved grandmother.

“Grief is the loneliest place in the world,” she wrote. “It’s harsh and it’s unforgiving.”

Need to talk? Find a crisis centre in your province.