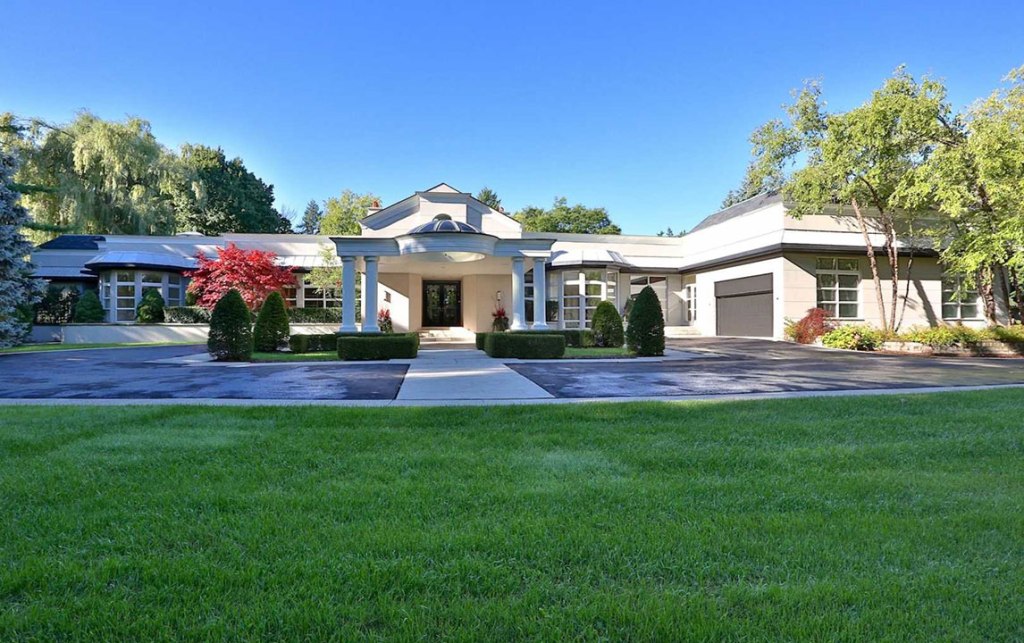 The mansion Prince shared with Manuela Testolini on The Bridle Path in Toronto is currently on the market with an asking price of $12,788,000.

It’s been listed for at least two years.

The couple lived in the luxurious single-level home on a gated two-acre lot during their marriage from 2001 to 2006. A holding company with Testolini as president paid $5.5 million for the property in October 2002.

According to the listing, which belongs to Arnold Bobkin of Forest Hill Real Estate, it is “a rare opportunity to reside in this estate formerly owned by [an] acclaimed international music celebrity.”

Prince recorded parts of his 2004 Grammy-winning album Musicology inside the home (and at a studio in Mississauga).

MORE: Prince’s cane was not new

The property has a patio, swimming pool, tennis court and cabana.

The house has been on the market at the same asking price since September 2014. Property taxes that year were nearly $56,000.

BELOW: Take an aerial tour of Prince’s former Toronto home.

Prince was found Thursday morning with no vital signs in an elevator at his famed Paisley Park complex near Minneapolis.

Only two months ago, Prince’s ex-girlfriend Denise Matthews— a native of Niagara Falls, Ont. whom Prince named Vanity — died of renal failure. She, too, was 57.

One of Prince’s final performances was at Toronto’s Sony Centre on March 25. (He performed at Place Des Arts in Montreal four nights earlier.)

It's a sad day for music. @Prince was a great artist and we were lucky to have him perform at our venue a few weeks ago. Rest in peace.

Testolini and Prince were baptized Jehovah’s Witnesses together and reportedly went door-to-door in the neighbourhood near their Toronto home occasionally to promote the religion.