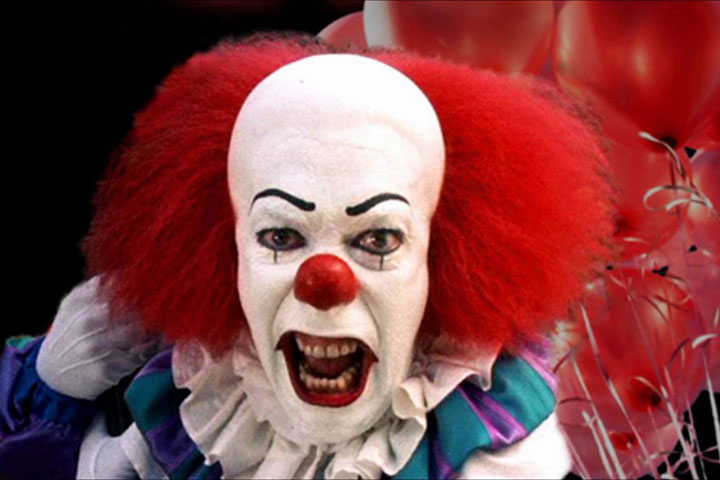 Pop Goes The News — Anyone suffering from coulrophobia — the fear of clowns — may want to stay clear of Toronto this summer.

A big screen adaptation of Stephen King’s It is scheduled to be shot in and around the city from June 27 to Sept. 6.

When it was published in 1986, It was the best-selling book in the U.S., according to Publisher’s Weekly.

It’s the story of a clown called Pennywise who has terrorized two generations of people in the town of Derry.

In 1990, It was made into a two-part TV movie starring Tim Curry, John Ritter, and Harry Anderson.

In the years since, various filmmakers — including Guillermo del Toro and Cary Fukunaga — publicly expressed interest in directing an It movie.

Fukunaga, in fact, was attached to the project in 2012 but dropped out early last year after several delays. (He is shooting the TNT mini-series The Alienist in Montreal.)

Andy Muscietti, who made 2013’s Mama in Toronto, will reportedly direct It. No casting details have been announced yet but Will Poulter (The Revenant) was at one time reported to be playing Pennywise.

BELOW: A promo for the TV version of It.