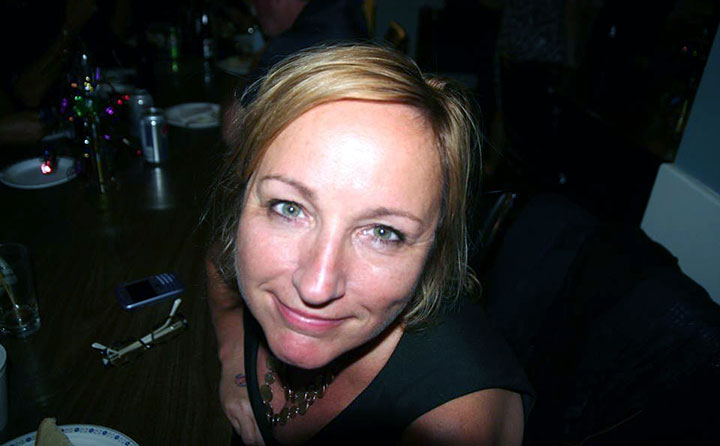 Pop Goes The News — Nadine Gelineau, a renowned DJ and music promoter, died Thursday after a battle with cancer. She was 56.

The Ottawa native spent her final moments surrounded by family members at the Kaiser Permanente Medical Center in Los Angeles.

“This is a real kick in the nads to the entire Canadian music industry,” commented music publicist Paula Danylevich, on Facebook. “Nadine was one of a kind.”

Simon Raymonde, formerly of British group Cocteau Twins, opined on Facebook: “Nadine was an energetic, passionate, supporter of music and did everything she could to get attention for the band’s (sic) she loved.

“Today without Nadine, the music world has lost one of its shining lights … Her passing is just really hard to bear.”

Gelineau started having a persistent cough last November and, in January, was diagnosed with stage four lung cancer linked to a genetic mutation.

She spent her final months intubated in ICU.

On Wednesday, friends announced plans for a celebration of Gelineau’s life in Los Angeles because her “valiant fight with cancer is nearing its end.”

Gelineau became a part of the music industry when she joined CKCU, the radio station at Ottawa’s Carleton University, in 1976.  She built a reputation as a top DJ at the city’s clubs, where she typically ended her set with The Special’s 1980 cover of “Enjoy Yourself, It’s Later Than You Think.”

Gelineau moved to Montreal in 1989 and worked at McGill University’s CKUT and for Brave New Waves on CBC Radio.

Bigger and better things were in store for her, though. Gelineau moved to New York City and started promoting bands like The Killers, Bloc Party and The Dears.

She eventually settled in Los Angeles, where she founded The MuseBox, an artist development agency that worked with acts like Human League and Echo and the Bunnymen.

“From the first time I met Nadine, I realized she was a force of nature. I was an instant fan,” Canadian singer Raine Maida told The Ottawa Citizen last month.

“Nadine has a confidence and self-awareness that is very agreeable and comforting.”

Music manager Sean Adams wrote online: “All I can think is how I hope that if I have inherited even 5% of her courage, compassion, and her infectious lust for life, that I’ll live a much happier and more fulfilling life.

“I feel so fortunate to have inhabited her universe. Thank you Nadine for the lessons, the closing time shots of mescal, and the music.”