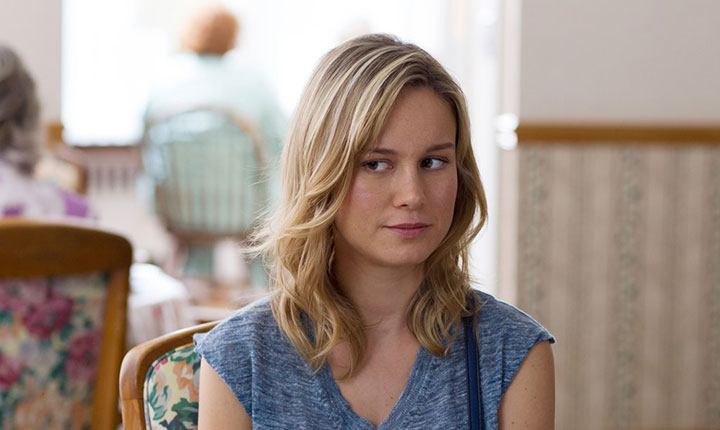 Pop Goes The News — Oscar-winning actress Brie Larson will be in Montreal this summer starring in a big screen adaptation of the 2005 bestselling memoir by Jeannette Walls.

Joining 26-year-old Larson in The Glass Castle will be Naomi Watts and Woody Harrelson.

The feature will be directed by Destin Cretton, who directed Larson in 2013’s Short Term 12. He also co-wrote the screenplay with Marti Nixon and Andrew Lanham.

Larson won a number of awards — including an Oscar, Golden Globe, SAG, BAFTA and Canadian Screen Award — for her performance opposite B.C. actor Jacob Tremblay in the made-in-Toronto drama Room.

(Watts plays Tremblay’s mother in this year’s The Book of Henry.)

Watts and Harrelson have each been nominated twice for Oscars.

The Glass Castle, which spent a whopping 261 weeks on the New York Times bestseller list, is about the life of the daughter of an eccentric artist (Watts) and alcoholic father (Harrelson) living in poverty.

When first announced in 2013, the movie was originally slated to star Jennifer Lawrence (who made a pair of X-Men movies in Montreal) with Claire Danes and Mark Ruffalo.

Cameras are scheduled to roll in Montreal from early June until early August.

Larson made Room and 2010’s Scott Pilgrim vs. the World in Toronto, where Watts starred in 2011’s Dream House and where Harrelson made 2009’s Defendor and 2005’s The Prize Winner of Defiance, Ohio.

All three actors will be able to bond in Montreal over apes — Harrelson was in Vancouver this year working on War for the Planet of the Apes; Larson recently wrapped Kong: Skull Island; and Watts starred in 2005’s King Kong.

Also shooting in Montreal this summer is Song of Granite, an Irish co-production about the late Gaelic singer Joe Heaney.

The mini-series The Alienist, for U.S. cable channel TNT, is set to be filmed in the city this summer.

Based on Caleb Carr’s 1994 novel and set in 1896 New York City, it’s about the hunt for a sadistic serial killer.

It will be directed by Cary Fukunaga (True Detective). No casting details have been announced.

The sophomore season of Crackle’s The Art of More, starring Dennis Quaid and Kate Bosworth, returns to Montreal this summer, as does season 2 of the CBC series This Life.