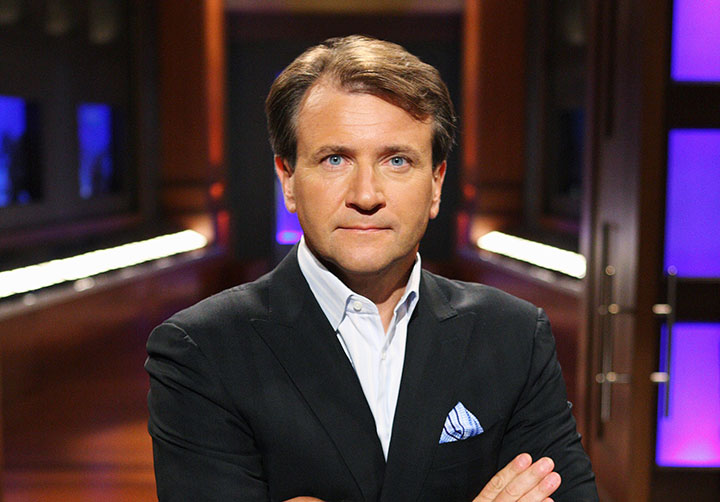 Vasinova, 33, reportedly told the tabloid that she was with Herjavec when he bought $700 worth of sex toys.

In late 2014, after about a year of dating, Herjavec allegedly wanted to bring another woman into their Las Vegas hotel room.

The Enquirer claims one night early last year Herjavec told Vasinova to get some lingerie and then took her to a sex dungeon in downtown Los Angeles. There, they met two dominatrices and two “slave girls,” according to Vasinova.

“They were trying to seduce me, kiss my legs, go up my legs and do things to me,” she reportedly recalled. She also watched Herjavec, blindfolded and tied down, being pleasured by the women.

“He took me and put me down on a table covered in red leather and wanted them to watch as he had sex with me. He wanted to pin me down,” Vasinova alleged.

“I cried the whole way home. I was thinking to myself, ‘You’re a sexually depraved freak. You’re in your 50s, and you’re making me feel bad for what I’m feeling.’”

Born in Croatia, Herjavec has lived in Canada since he was a young boy. The CEO of Toronto-based cybersecurity company Herjavec Group, he is a celebrity thanks to CBC’s Dragon’s Den and currently ABC’s Shark Tank.

Last year, Herjavec competed on Dancing With the Stars, where he was paired with Australian dancer Kym Johnson. The two were engaged last month, shortly after his divorce from Diane Plese was finalized.

Herjavec and Plese, with whom he has daughters Caprice and Skye and son Brendan, separated in 2014 after 24 years of marriage.

Last August, Vasinova told the Enquirer she fell for Herjavec after they met at the Los Angeles premiere of Fast & Furious 6 in 2013. She claims he told her he was separated from his wife.

Herjavec reportedly flew her to New York City for a rendezvous at the Ritz-Carlton. She said after their first sexual encounter, which was “awkward and over quickly,” he made her sleep in a separate room.

Vasinova complained that after Herjavec moved her into a $4,000-a-month Los Angeles apartment, he became controlling.

Their relationship ended after he signed on for Dancing With the Stars.

Vasinova claims Herjavec suddenly locked her out of the condo. “The front desk told me I no longer had access to the building,” she said. “I was escorted out like a common criminal.

“He swept me off my feet, then swept me under the rug. No one deserves to be treated that way!”

Herjavec has not commented publicly on the Enquirer report.