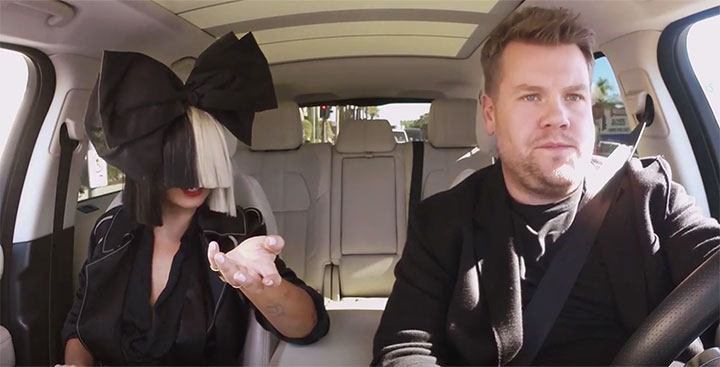 Pop Goes The News — Pop singer Sia says she believes aliens exist — in part because a former member of the Canadian government said so.

While appearing in a “Carpool Karaoke” segment for The Late Late Show, Sia was asked by host James Corden if she thinks aliens are real.

“I only believe in them because I watched the video of the ex Canadian minister of defence just saying plainly he knows for a fact that the American government are working with five different alien races,” the 40-year-old Australian singer responded.

Sia was referring to Paul Hellyer, who served as Minister of National Defence in the 1960s as part of Lester B. Pearson’s Liberal government.

Hellyer, now 92, has repeatedly spoke publicly about his belief in extraterrestrials. In 2005, he claimed he and his wife saw a UFO at their cottage in the Muskoka region north of Toronto.

He told a Russian news network in 2014 that he believes at least four alien species have visited Earth.

And speaking at the University of Calgary last year, Hellyer said governments are covering up the existence of aliens.

“I have seen the [former] Canadian minister of defence discuss the fact that he knows that the American government is working with five different species of aliens presently. Which is a real fucking mind-blower,” she said.

“I want to believe in a way that makes me feel a little bit scared.”

Sia added it would be “unwise” for humans not to believe there is intelligent life on other planets.

“I do believe in aliens.”

In the “Carpool Karaoke” video, Sia told Corden she hasn’t seen an alien. “Maybe I have,” the “Chandelier” singer added.

“Maybe they are just among us.”