Pop Goes The News — Retail giant Target has apologized to a customer who came across phallic Star Wars toys in her local store.

Joni Jones, a mother of one in Indiana, contacted Target last week through its Facebook page after snapping pics of Star Wars: The Force Awakens pool toys.

The “Dive Characters” have the distinctive helmeted heads of Kylo Ren, Captain Phasma and a Stormtrooper.

The packaging reads: “Fun in and out of the pool.”

After seeing the toys, Jones evidently felt the need to probe. “Are we sure these are children’s toys, Target? Looks a little questionable to me,” she wrote. 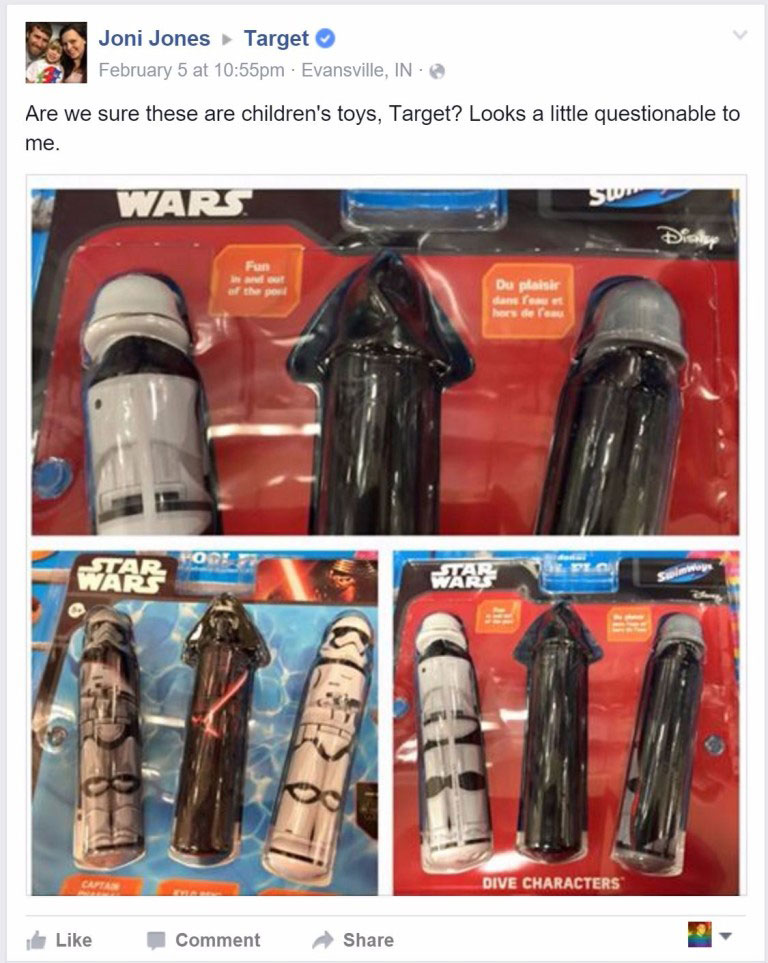 Someone named Stacey in Target’s social media department responded to Jones and apologized for her “disappointment.”

“Occasionally, we carry merchandise that some guests may find objectionable, as was your experience,” the Target rep explained. “We never want to offend anyone and have shared this with our Merchandise team for review.”

(Jones never, in fact, said she was offended or found the toys objectionable.)

The Facebook post was later deleted — but not before others weighed in. Some suggested Jones was seeing more than she should when looking at the toys while a few were excited about the possibility there could be Star Wars sex toys.

Jones later explained on Facebook: “I posted it because I found it funny & wanted to share with fellow ADULTS who could appreciate the humor in the whole thing.”