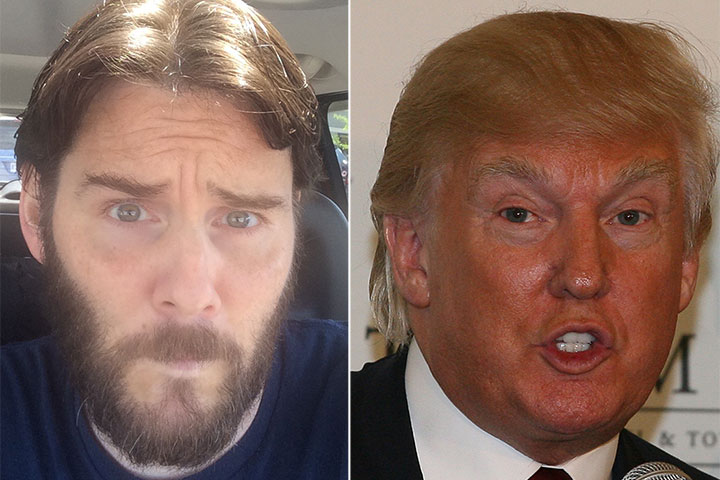 Pop Goes The News — A Donald Trump autobiography published this week is as crass and sophomoric as the man himself — and completely fake.

The ebook Trumped Up: The Incredible True Story of How I, Donald Trump, Am Already Saving the World was penned by Canadian writer Brian Hogg.

“Look, I’m the best. You all know this: everybody all knows this,” Hogg, as Trump, writes.

“You want to talk about making money? Boom, I’m the best at that. Business? Boom, again, best at that. Managing a media empire? Marrying gorgeous women? Being the best presidential candidate in history? Boom. Boom. BOOM.”

The satirical autobiography covers Trump favourites — The Apprentice, Miss Universe — as well as topics that have come up in his run for the Republican presidential nomination.

Other headings in the book include “I Have a Lot of Money,” “Things I Was for but Now Against” and “Apologies from People Who Ever Wronged Me.”

Hogg said he decided last June to write novella-length satires about the U.S. election. “Some of the people on my original list dropped out,” he explains, “but happily (for the book, not necessarily for the U.S.), Trump’s still in the race.”

The faux-memoir begins with a look at Trump’s early days.

“My childhood was normal and common, something that all of you idiots can relate to,” he recalls. “Running from stretched limousine to stretched limousine on the sidewalks of Queens. Or delivering newspapers from said limousines when the weather was bad, because screw you, rain.

Throughout, Hogg takes aim at Trump’s famous ego. “Was it a coincidence that World War II ended right before I was born? I doubt it: the entire planet would’ve been so busy watching me be awesome and adorable that nobody would have been able to focus on murdering Hitler, so my birthday saved Poland,” he writes. “Obviously.” 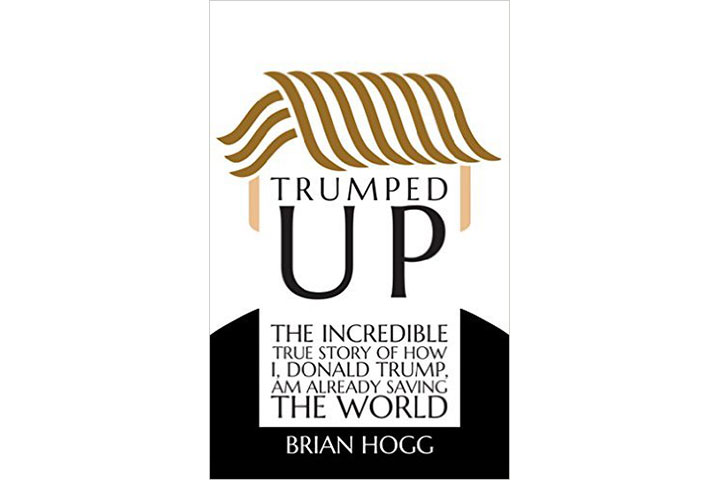 The book is also decidedly adult-oriented, with bold language and plenty of sexual content.

“I love my dick,” Hogg has Trump declaring. “My wife loves it, my ex-wives loved it, too, and that was even before any of the pre-nups were signed, so you know they really meant it.”

Hogg, a web developer (and Christian Bale doppelgänger – ed.) who lives in Southwestern Ontario, co-hosts the Thinkery podcast. His previous books include Shooting Wolves from a Helicopter: An Autobiography of Sarah Palin, America’s Greatest President.

Hogg said he has tweeted about the book to Trump but hasn’t seen a response. “I don’t know if he’d try to shut it down,” he says, “or if he’d think it was actually in support of him, and give it a thumbs up.”

Trumped Up is available online for $2.99.