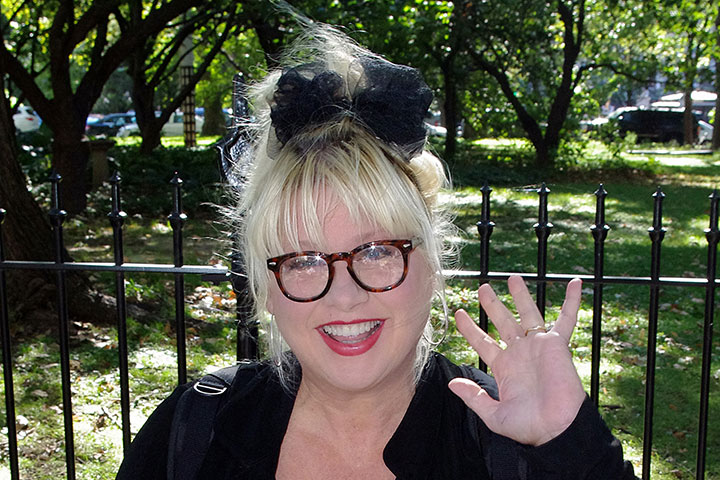 The 56-year-old comedian says she underwent a double mastectomy and will soon be starting chemotherapy.

“It all happened pretty suddenly,” Jackson wrote on her website. “I’m stage 3A.”

The actress-turned-political-activist says she went to a walk-in clinic because of a persistent cough and asked about a numb spot near her underarm.

A nurse practitioner sent her to the Vanderbilt Breast Center in Nashville.

Jackson says she expects to lose her hair from the chemo but adds she is not experiencing any symptoms. “The funny thing is I’ve never felt healthier.”

Jackson was part of the SNL cast from 1986 to 1992. Her credits include the 1989 movie UHF and appearances on TV series like Touched by an Angel and The X-Files. She also voiced Penelope in the ’90s animated series Garfield and Friends.

Jackson, an avowed Christian, credits her faith for helping her deal with the diagnosis. “This has strangely been a blessing to my family and made us much closer to each other and to God,” wrote the mother and grandmother.

“Whether I live a few more years or not, God promises us a really happy ending to this brief, trouble filled life on earth.”