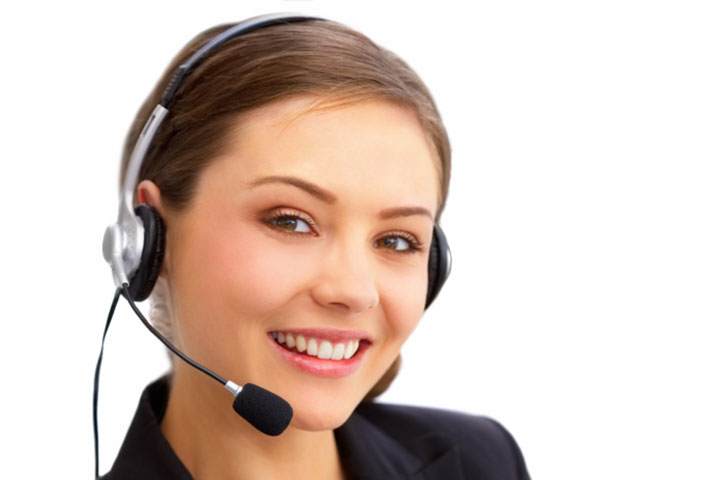 Pop Goes The News — A Toronto area web design company is under fire for saying it would prefer to hire a female for a current position — because it involves reception work.

According to a job posting on Linkedin, Vestra Inet was looking for a Content Writer/SEO specialist “to join our dynamic team” at their office near Steeles and Keele.

The successful applicant will have excellent grammar and spelling skills, knowledge of computers, social media and SEO and good communication skills (knowledge of Russian is listed as an asset).

The ad for the job concludes with: “Please note that the Position requires filling in the responsibilities of a receptionist, so female candidates are preferred.” 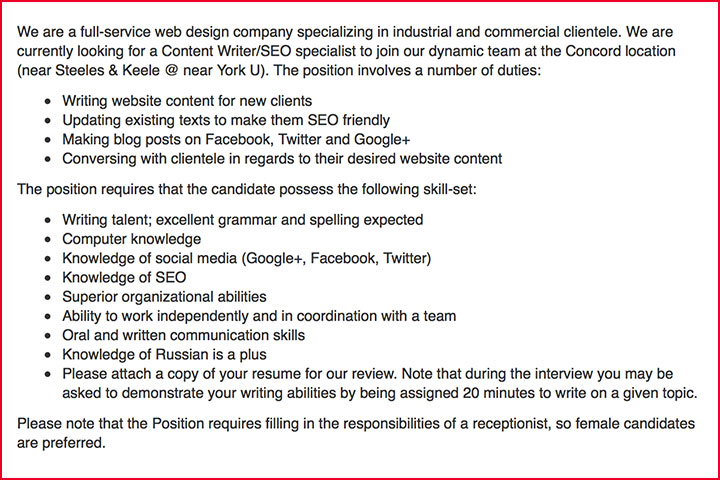 The company says it is no longer accepting applications — but reaction to the posting continues on social media, where words like “ignorant,” “sexist” and “unethical” are being used.

“Aside from being embarrassingly sexist, you know you’re violating the human rights code, right?,” Joanne Deer tweeted at Vestra Inet.

Hey @vestrainet what the heck is with the sexist job posting? Only females need apply to be a receptionist?

"Vestra Inet is proud to be a leader for web design in Toronto. We have only the best experts in every field." INCLUDING SEXISM.

One woman, who claims to be a former Vestra Inet employee, shared her thoughts on Twitter.

I used to work for #vestrainet. I handled all the SEO, a team of marketers, HR, and the sales team's schedules. I am NOT surprised at all.

I should also note the owner didn't want me to hire anyone "that sounded/talked black." #VestraInet racism and misogyny. always together.