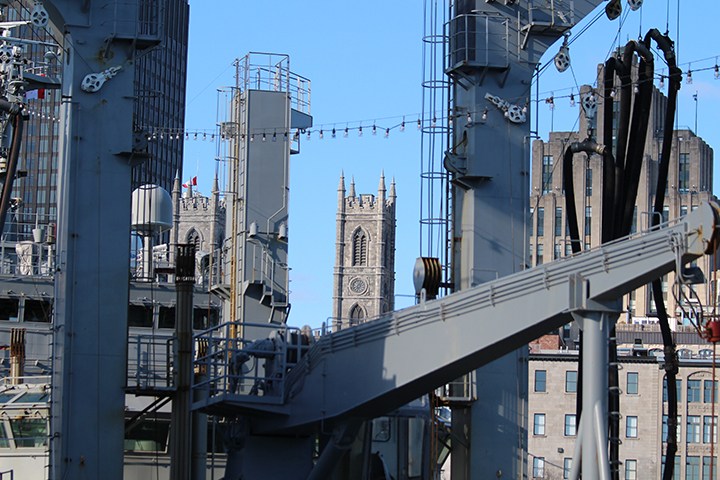 Pop Goes The News — Two Republic of Korea naval ships docked in Montreal on Monday morning as part of a global tour.

The ROK destroyer Kang Gam Chan and logistical support ship Dae Chung will remain in the Old Port until Tuesday afternoon, when they sail to New York City.

According to the ROK Navy, the ships brought 623 men and women, including 144 fourth-year cadets of the ROK Naval Academy.

The two vessels left Chinhae, Korea on Aug. 26 and are stopping in 16 harbours over 131 days.

The Kang Gam Chan has been in commission since 2007. The 150-metre-long ship was built by Daewoo of South Korea.

This year marks the 65th anniversary of the Korean War, in which 26,000 Canadians fought — and 516 lost their lives. Canada sent eight destroyers into the war. (The Royal Canadian Navy currently has only one destroyer).

The ROK Navy, established only five years before the Korean War, consists of 180 vessels.

Take a look at the two ROK Navy ships docked in Montreal: