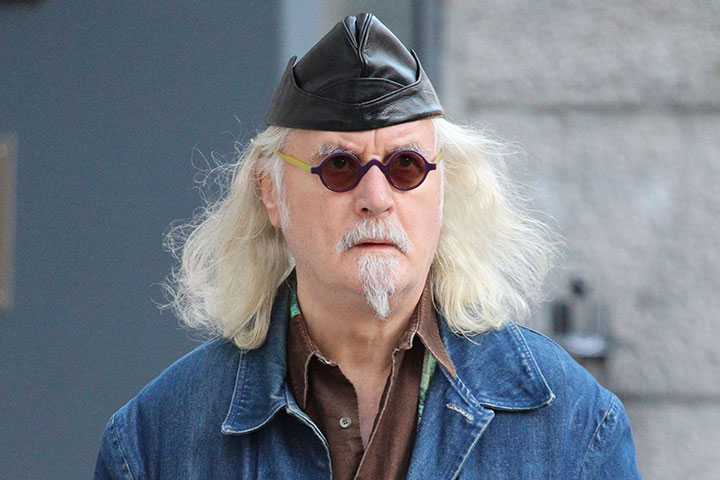 Pop Goes The News — Scottish comedian Billy Connolly was spotted Thursday out and about in Montreal only hours before performing in the city.

Connolly, 72, brings his High Horse Tour to Theatre Maisonneuve after a series of shows in Toronto and Halifax.

Connolly is well known as a stand-up comic but has also appeared on television and in movies like The Hobbit: The Battle of the Five Armies.

He was the voice of King Fergus in the 2012 animated feature Brave.

Connolly will next be seen on screen in the comedy Wild Oats co-starring Demi Moore and Jessica Lange.

He also stars in a series for British TV called Tracks Across America, in which he takes a rail journey through the U.S.

Connolly was diagnosed with Parkinson’s and prostate cancer in 2013 and also had surgery to remove gallstones.

“My health is all part of the act now,” he recently told the Herald in his native Scotland. “When you joke about it, that all goes away from your mind. Otherwise it has a habit of reminding you that it’s there all the time.

“I’m doing fine. At a certain point it’s difficult to distinguish between getting sick and getting old … right now I’m feeling great.”