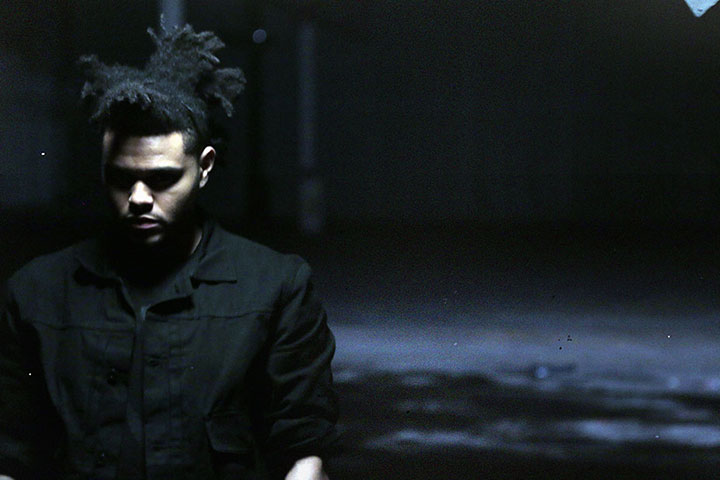 Pop Goes The News — The four biggest songs in the U.S. this week come from Canadian artists.

In fact, five of the top 11 songs on the new Billboard Hot 100 chart are from Canadians.

The chart, dated Oct. 10, is topped by The Weeknd‘s “The Hills” for the second consecutive week, followed by Justin Bieber‘s “What Do You Mean?”

MORE: Justin Bieber sets record with debut of “What Do You Mean?”

The Weeknd also has the third spot with “Can’t Feel My Face” while his fellow Toronto native Drake holds No. 4 with “Hotline Bling.”

“Stitches” from Ontario’s Shawn Mendes went up one spot to No. 11.

Bieber shows up again in the 24th spot with “Where Are U Now,” his collaboration with Skrillex and Diplo, and The Weeknd’s “Earned It” sits at No. 42 after 40 weeks on the chart.

It’s Drake, though, who dominates the Hot 100. He has an additional eight entries with Future collaborations (including “Where Ya At” and “Jumpman”) and the No. 100 spot with his Meek Mill track “R.I.C.O.”

MORE: The Weeknd to kick off fall tour in Toronto

The northern dominance isn’t limited to the Hot 100 chart.

Billboard‘s Artist 100 chart has Drake on top, with The Weeknd at No. 3 and Bieber in sixth place. Mendes is No. 15.

The chart measures “artist activity across Billboard‘s most influential charts.”

On the Billboard Top 200 albums chart, No. 1 belongs to What A Time To Be Alive from Drake and Future and No. 3 is The Weeknd’s Beauty Behind the Madness.

Bieber also tops the Social 50 rankings while The Weeknd and Drake dominate all of the R&B/Hip Hop charts.

There is also Canadian content behind-the-scenes on the U.S. charts. The Maroon 5 track “Sugar” — co-written and co-produced by Nova Scotia native Henry Walter — is No. 4 on the Adult Contemporary Chart this week.

The only other Canadian artist on the homegrown chart is Shawn Hook, whose “Sound of Your Heart” sits at No. 45. (Toronto’s Francesco Yates appears at No. 48 with his collaboration with Germany’s Robin Schulz, “Sugar.”)