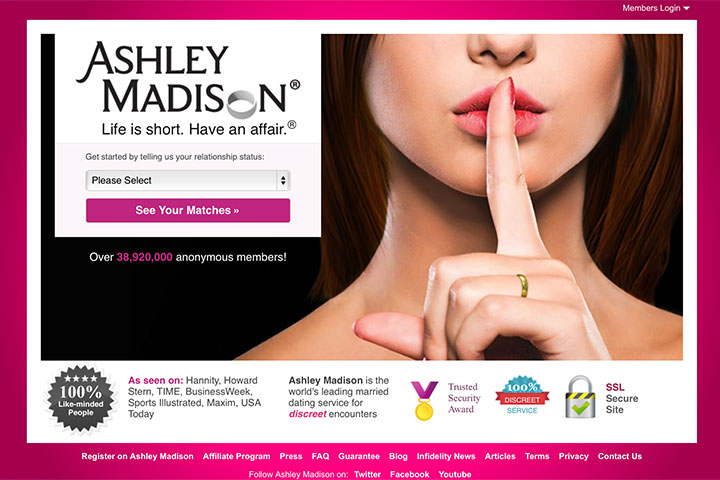 Pop Goes The News — Hackers have evidently made good on their threat to leak customer data from Canadian hook-up site Ashley Madison.

A compressed 9.7-gigabyte file was posted Tuesday night on the dark web by Impact Team, a group that vowed last month to make the files public if Ashley Madison and sister site Established Men were not shut down.

The data includes the names and addresses of more than 36 million Ashley Madison clients, along with their usernames and profile details.

The legitimacy of the data has not been confirmed and, of course, many of the email addresses exposed in the leak are either fake or misappropriated (the site does not verify email addresses).

MORE: How many Canadian have Ashley Madison accounts?

Security questions, birthdates and some credit card information are also included. (The company has said it does not store credit card data; instead it gets a transaction ID from its credit card processor.)

Ashley Madison, owned by Toronto-based Avid Life Media, bills itself as “the world’s leading married dating service” and boasts that “thousands of cheating wives and cheating husbands signup everyday looking for an affair” — but the vast majority of its users are men (including a lot of single ones).

The data leaked Tuesday indicates at least 80 per cent of users are male.

“Keep in mind the site is a scam with thousands of fake female profiles,” read a message posted by hackers Impact Team on Tuesday.

“Chances are your man signed up on the world’s biggest affair site, but never had one. He just tried to. If that distinction matters.”

Impact Team offered advice to men whose personal details have been exposed.

“It was ALM that failed you and lied to you. Prosecute them and claim damages. Then move on with your life,” they wrote. “Learn your lesson and make amends. Embarrassing now, but you’ll get over it.”

Avid Life Media said in a statement posted online: “We are actively monitoring and investigating this situation to determine the validity of any information posted online and will continue to devote significant resources to this effort.”

The company said it is working with law enforcement in Canada and the U.S. and it called the hacking “an act of criminality.”

If you are curious, the data can be found at this Tor site. To access it, you need this Tor browser.

The Ashley Madison data torrent is located here. Click here to get BitTorrent.