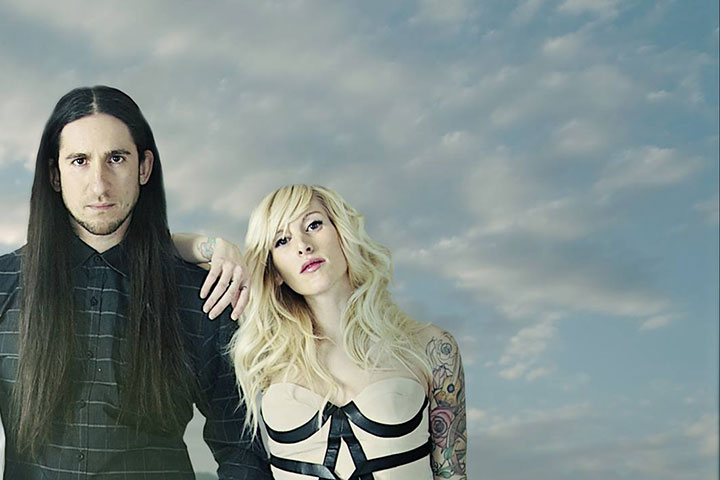 Gianni Luminati and Sarah Blackwood of Walk Off The Earth. | Handout

Pop Goes The News | Gianni Luminati and Sarah Blackwood of Canadian group Walk Off The Earth are showing off the latest addition to their family on social media.

On Facebook, where the proud parents have shared photos and a video of the baby, Blackwood explained her second son’s middle name is a tribute to her late mom.

“Colombo means Dove in Italian,” she wrote. “My mama’s lifelong nickname was ‘Bird’ — she was a dove and I see so much of her in this little one.”

Blackwood has also posted photos of the newborn on Instagram.

We did it! A new baby boy:) so much love! Thanks for all the good vibes everyone! Xoxo

Introducing Luigi Colombo Nicassio. The newest addition to our family, born July 25, 2015. Love is life, life is growing. Xo (Colombo means Dove in Italian…my mama's lifelong nickname was "Bird"- she was a dove and I see so much of her in this little one) I miss you so much Mama, I know you are always with us.

Blackwood made headlines in May when she was kicked off a Vancouver-bound United Airlines flight in San Francisco because, she alleged, Giorgio was crying.

SkyWest Airlines, which operated the flight, said in a statement at the time that it removed Blackwood and her son from the airplane because “despite numerous requests, the child was not seated, as required by federal regulation to ensure passenger safety, and was repeatedly in the aisle of the aircraft before departure and during taxi.”

Blackwood denied Giorgio was in the aisle.

Walk Off The Earth, formed in Burlington, Ont. in 2006, shot to international fame in early 2012 thanks to a cover of Gotye’s “Somebody I Used To Know.” The video has been viewed 167 million times.

The band’s latest album, Sing It All The Way, has spawned the hit “Rule The World.”

Walk Off The Earth is scheduled to perform Sept. 19 at the Axis Mundi Festival in B.C. and will kick off a month-long European tour on Oct. 1 in the UK.